How can we help you today?

NB!! This needs to be installed onto the till that the printer you want to print to is connected to. If it is a network printer, install this onto the server.

Extract it to the following folder:

C:\Program Files (x86)\Alphapos\Aura .  (you can only extract it into a valid Aura folder, not just an empty folder)

Install it by going to CMD as an Administrator. In CMD, go to the folder where the extracted AuraPrintSvc.exe file is.

Install it with the command "AuraPrintSvc.exe /install".

You will know it has been installed if you go to Windows services and you can see it there. It is called "Aura Print Service". It will not work until you manually set it to start automatically and then actually start it. 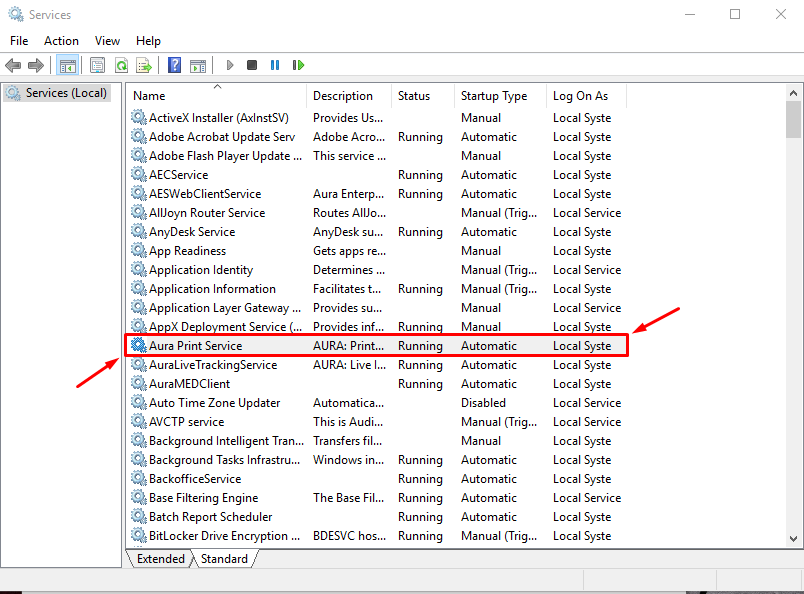 The printer must be installed on the computer and it must be shared.

In Aura on the computer that has the print service (usually the server because you wouldn't install it on a till, in an empty folder), make sure the Production Printer has the device set to \\COMPUTER\SHAREDPRINTERNAME and that Direct to Port is ticked. Also make sure the shared printer is actually installed in Windows on the server and can print a test page. Also test it in invoicing by reprinting an order. The server must be able to print to the shared windows printer on the till

RESTART THE SERVICE ANYTIME THE AURA SETTINGS ARE CHANGED!!!

On the device for the kitchen screen that must print, select the Linked till that the printer is installed on (usually the server): 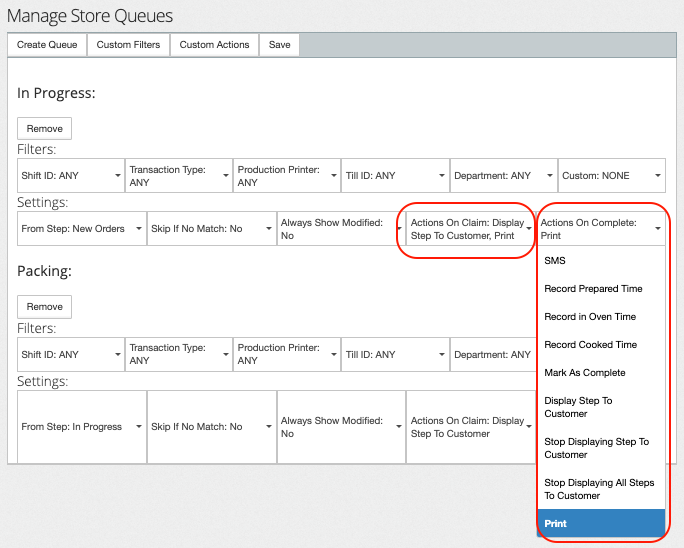 NOTE: Actions on claim only works if 'enable automatic claiming' is enabled in device queue settings. This must be ticked.

Q: When would you not tick 'Enable Automatic Claiming'?

Did you find it helpful? Yes No

Send feedback
Sorry we couldn't be helpful. Help us improve this article with your feedback.